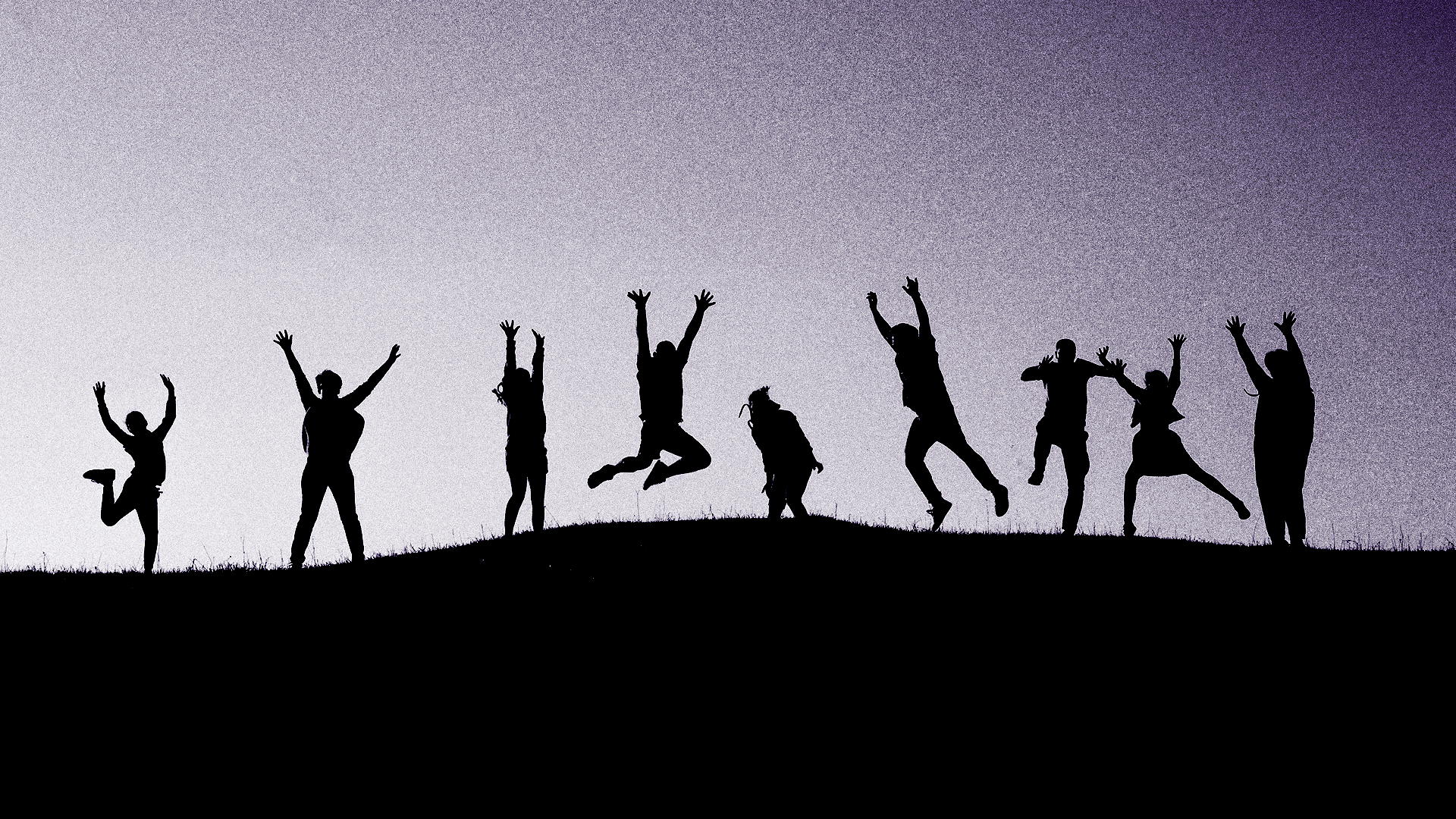 Making Company Culture the Heart of Your Marketing Program

Company culture can be one of the sharpest arrows in a marketer’s quiver. It’s an extension—or perhaps the source—of your brand’s distinct point of view. It’s what makes your company unique. This is especially important in highly saturated or commodified markets, but virtually any brand can leverage its company culture to set itself apart from the herd.

Your company culture has to be, you know...good.

“Good” can mean a lot of things, of course. Your company culture can be fun, philanthropic, authoritative, health-conscious, community-minded...pretty much anything you want, really.

But the one thing it must be is real.

We’ll get to why in a minute, but the short version is this: people can smell BS. If your company is dumping toxic waste into elementary school playgrounds, you probably shouldn’t build your brand’s public image around, say, sustainability as a cultural value.

A hyperbolic example, sure, but people will figure you out eventually. And hell hath no fury like a customer who feels tricked.

But it’s not just about not getting caught.

Fostering a great, genuine company culture and using it as the foundation for all of your marketing activities will allow your company to differentiate itself. Your culture should shine through in every single piece of marketing and sales collateral you create, every campaign you launch, and every message you make public.

It Pays to Be Real

There are lots of reasons to focus on promoting your company culture. When people buy a product, it’s not just about what the product itself will do for them. It’s also about what it will say about them.

According to a 2017 study by Edelman, 50% of consumers are “belief-driven buyers,” meaning their purchases are influenced by their values, as well as the values of the brand.

Parents buy diapers from the Honest Company because they want to feel like they're being environmentally responsible. Runners buy shoes from Nike because they like how they look and support their arches, but many are also doing so in part because of the company’s public stance on today’s social issues.

Taking a stand like that has the potential to alienate some customers, but it can also foster much deeper loyalty with others. That loyalty creates a powerful marketing force in the form of word-of-mouth. People want the most out of the money they spend, and if they feel like they’re not just buying a product but contributing positively or making a statement, they are far more likely to evangelize for your company.

After all, 43% of customers say they’re willing to spend more on brands to which they are loyal; that level of customer retention often requires an emotional connection. An impressive company culture built from within and practiced outwardly can play a huge part in that connection.

Anyone can say they believe in something, but you also have to put your money where your mouth is. Here’s an example: Patagonia recently announced it will be donating $10 million it received from recent tax cuts to “nonprofit groups who work on conservation and climate issues.”

We're giving our $10 million tax cut back to the planet.https://t.co/3mB5NQYCB6 pic.twitter.com/WAjpkMImOq

It’s a great thing to do in and of itself, of course, but it also earned the company quite a bit of media attention and furthers the image of its brand as ecologically conscious. For Patagonia, this shows a solid understanding of their consumer base and what keeps them loyal.

Authenticity Takes Some of the Pressure Off

It makes sense that company culture is a great starting point for all of your marketing efforts. If you and your marketing team truly live and breathe what your company believes, promoting it is a no-brainer. If you have to force it, customers likely won’t respond.

Think about it. Once you’ve defined your internal culture, you can build all of your external content around it. That structure is invaluable for creating the unified, coherent voice that is essential to an effective brand. When it comes from a real place, that culture can last for an awfully long time.

Warby Parker is a good example. They’re super transparent on their website when it comes to the core values that drive the company. 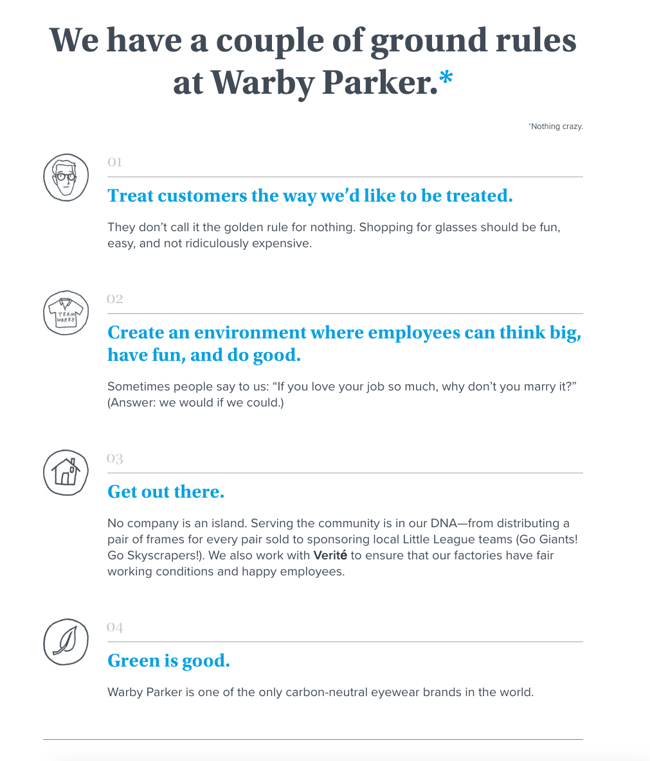 When you visit them on social media, you can see they practice what they preach within the walls of their office. Watch their recent holiday video and tell me you don’t believe their employees don’t love working there.

Even their emails are fun. While the messaging varies depending on whether you’re receiving a transactional email or one of their marketing blasts, it remains consistently light-hearted, upbeat, and often silly in the best way. 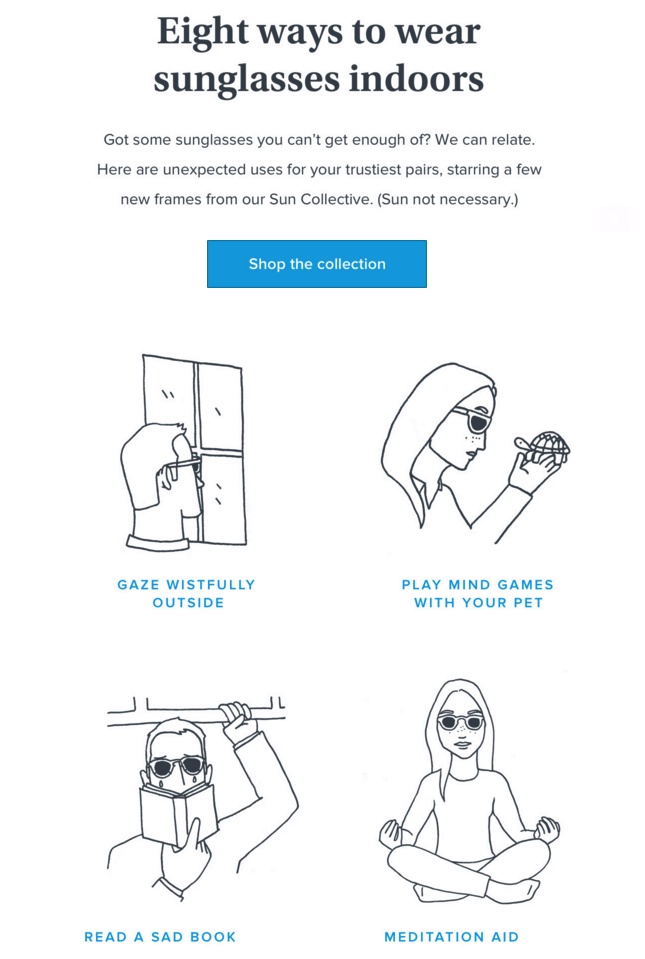 And that “do good” refrain in their core values echoes through everything they do publicly. For instance, they run a Buy a Pair, Give a Pair program, through which the company donates a pair of glasses to a person in need for every pair it sells. 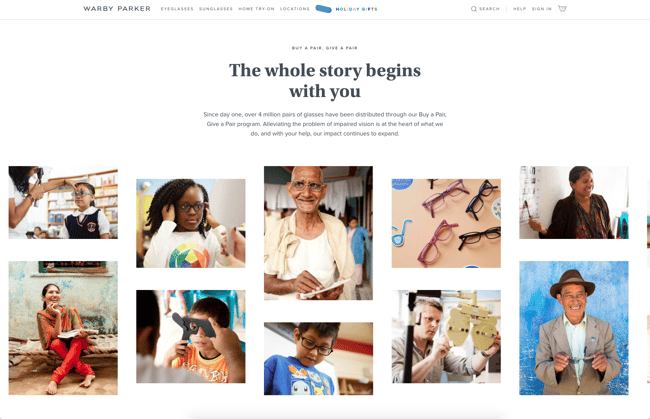 It’s another example of a company putting its money where its mouth is, and every creative element of the program—from the human-centric imagery to the “we’ve got work to do” attitude of the copy—is an expression of the company’s dedication to helping the world.

A Happy Team is a Dedicated Team

A strong company culture doesn’t just create loyal customers—as you can see in the Warby Parker example, it also creates loyal employees, people who bring their best to work every day and champion your brand.

Employee advocacy is a boon from a marketing perspective, with 79% of companies who have implemented a formal employee advocacy program reporting an increase in their online visibility, among other benefits. 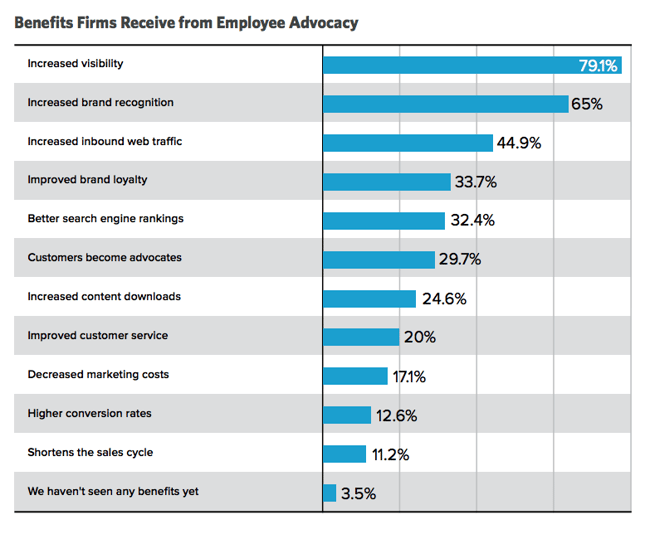 That being said, only 31.5% of employees in the US overall say they feel connected to their company’s mission. Sounds like a huge miss to us.

The benefits of the employee evangelism cascade throughout the organization and outward, reaching customers and potential customers your staff may interact with, as well potential future employees. A powerful one-two punch for both customer service and recruitment marketing.

Again, though, this isn’t something you can fake, or even find shortcuts for. Casual Fridays and a foosball table alone won’t get you there. It’s not about the workplace so much as what the work itself is building. Like your customers, your employees want to feel like they’re contributing to something that makes the world a better place.

When they do, championing your brand (a White Whale for many marketers struggling to get in-house buy-in) will become second nature.

Tying It All Together

The benefits of a strong company culture are numerous, even just within a marketing context. Sure, it takes effort from the top of the company and on down through the org chart, but the truth is, you don’t really have a choice anymore.

Modern consumers are too smart. If your branding and messaging aren’t coming from a real place, your marketing won’t be effective for very long.

That doesn’t mean you have to start from scratch. Every company already has some sort of culture. Look around at the people who work at your company, find those people that you wish you could clone—the hard-working, insightful, and respectful folks—and list the traits that make them that way. Something tells me that those very traits are a good place to start in defining your company's overall culture.

If you then invest in those values at a foundational level, you can build a whole lot on top of it—including a successful, authentic, fanatic-making marketing program.