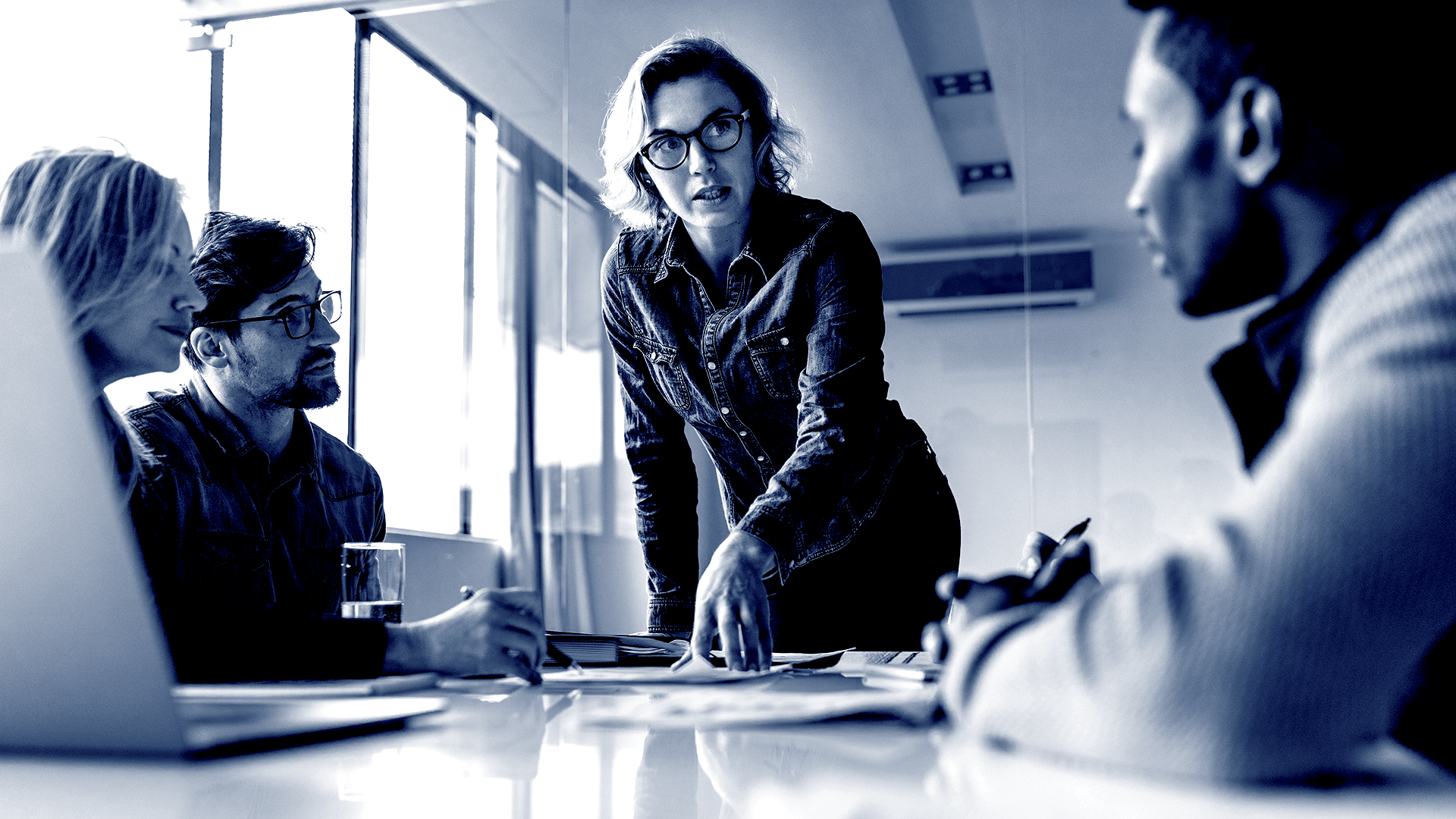 Over the past decade—since the genesis and subsequent ubiquity of video streaming platforms like YouTube, Netflix, Hulu, and a growing number of others—more and more consumers are favoring video over other forms of content.

This is hugely advantageous for brands willing to embrace video marketing.

Of course, video isn’t always the easiest content to create. Whereas a writer only needs a word processor to create compelling copy, video usually requires a more substantial upfront investment. Anything more complex than a simple point-and-shoot affair may even require you to call in a videographer or an agency.

The costs can add up, and that can often make your executives and shareholders—the folks who are most sensitive to your company’s bottom line—hesitant to pull the trigger on a video marketing campaign.

But here’s the thing: Video works. In fact, according to Animoto, 93% of marketers say they've gotten a new customer as a result of their social video efforts.

In many ways, if a brand doesn’t embrace video marketing, they run the risk of falling behind as more and more of their audience turns their attention toward bigger, better, more engaging campaigns from the competition.

So, how do you convince your stakeholders that video marketing is, in fact, worthwhile?

Simple. Give ‘em these four facts.

1. Video is Easier to Consume

Written content—which typically requires the smallest upfront investment—needs to be read carefully for the information to be absorbed the consumer. It's an active, rather than passive, activity.

To read an article, one must be following the content line to line (just as you are now), scrolling to consume all the information being presented. It takes effort and concentration. And while things like SEO and social media can help get your content out there, it’s ultimately up to the reader to stop and...you know, read it.

Video is easier to consume—and it's actually preferred over text by 72% of people.

Instead of reading, the consumer can kick back and just absorb the information. Even when a video contains subtitles, reading them requires less effort than reading an entire article. There’s no scrolling involved, no losing your place and having to find where you left off.

Since video requires so little effort, more people are ready and willing to consume it. 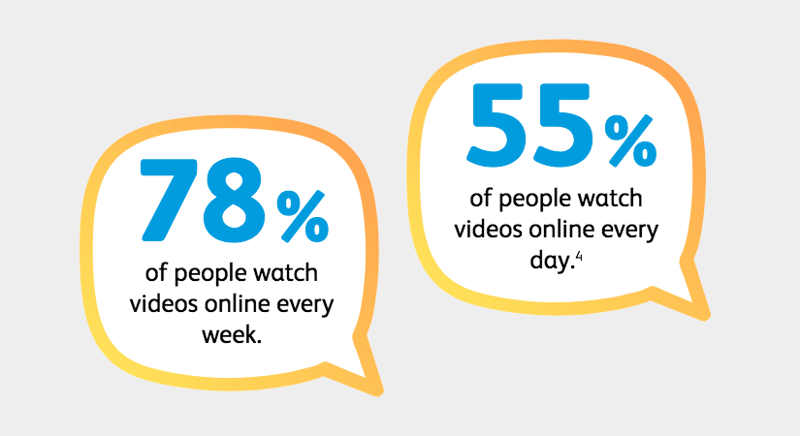 And since they’re not having to “work” for it, your audience is more engaged and receptive to what is communicated in the video. That alone makes it worth the investment.

A recent experiment found that adding a video to a landing page led to an 80% increase in conversions. Including a video in an email can increase its click-through rate by 200-300%.

Another study found that 64% of people will buy a product after watching an explainer video about it.

And here’s an interesting one for stakeholders who insist that having a website is more than enough: It’s estimated that as little as 20% of users will finish reading the written content you publish. More than half will stop reading after 15 seconds.

(We hope you’re still reading this article this far. 😭)

Furthermore, they retain as much as 95% of the information presented in the video. That’s no small percentage.

If your stakeholders are concerned about the company’s bottom line and whether video offers any return on investment, statistics show that not only is your audience more likely to remember your brand after watching a video, they are more likely to buy your products or subscribe to your services.

And that’s the whole point, isn’t it?

3. Video is Ideal for Our Mobile World

It wasn’t all that long ago that we depended on unwieldy desktop computers with dial-up connections to access a fairly limited Internet.

Let’s all stop and shudder at the memory together. Ugh.

Now, we’re constantly connected to the Web, even in all those in-between places and times like when we’re commuting to work, driving to school, at the mall, in the dentist’s waiting room, etc.

Even objects that seem like they should be offline—like cars and wristwatches—are now connected, serving as conduits for constant media consumption.

Since we’re constantly plugged in, video consumption is continuous and virtually limitless (although hopefully not in the car!). That’s great news for brands looking to produce video marketing content because it means they can reach their audience practically anywhere, even in the most mundane contexts, independent of a computer plugged into a wall.

According to YouTube, mobile video consumption increases 100% every single year. That’s because video content is particularly well-suited to the connected, on-the-go lifestyle we’re all living these days.

So really, if your stakeholders’ concern is whether or not there will be an audience for the video content your brand could produce, the answer is a resounding: “All day, every day, everywhere.”

This may not be the sexiest reason to pursue video marketing, but it’s worth considering. There’s growing evidence that video is actually prioritized by Google’s algorithms.

In general, a video is 50 times more likely to appear on the first page of Google search results, especially when it’s a YouTube video. There’s even SEO value in rich snippets and transcripts associated with your videos, giving search engines more to index.

In other words, video is more likely to reach the people that it needs to reach. 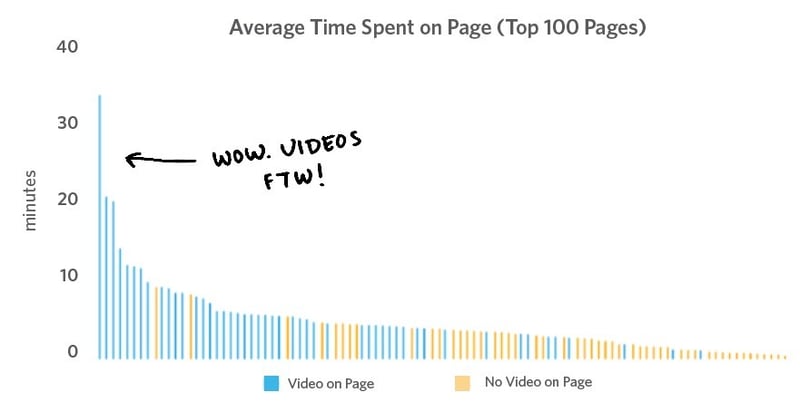 This is something you can easily test and prove by tracking the session time metrics in Google Analytics.

If one of your company’s goals is to expand and improve search rankings, then video is simply one more weapon in your arsenal to achieve it.

It’s likely that you were already aware of the value of video. In fact, it was probably the ease, popularity, effectiveness, and SEO potential of video that made you interested in starting a video marketing campaign for your brand in the first place.

But we get it. You might not necessarily be calling all the shots. And your shareholders, in their aversion to costly risks, may still need to see compelling evidence before they’re on-board with your awesome plan.

Hopefully, the facts listed above will help you get them there. And once you’ve gotten the go-ahead to start producing video marketing content, the real fun can begin.

Previous Story
← What’s the Difference Between Multichannel and Omnichannel Marketing?
Next Story
An Introduction to Branded Podcasts →

These Stories on Video

6 Types of Branded Video Content and Why They Work

How To Get Started With Video for Demand Generation (VIDEO)